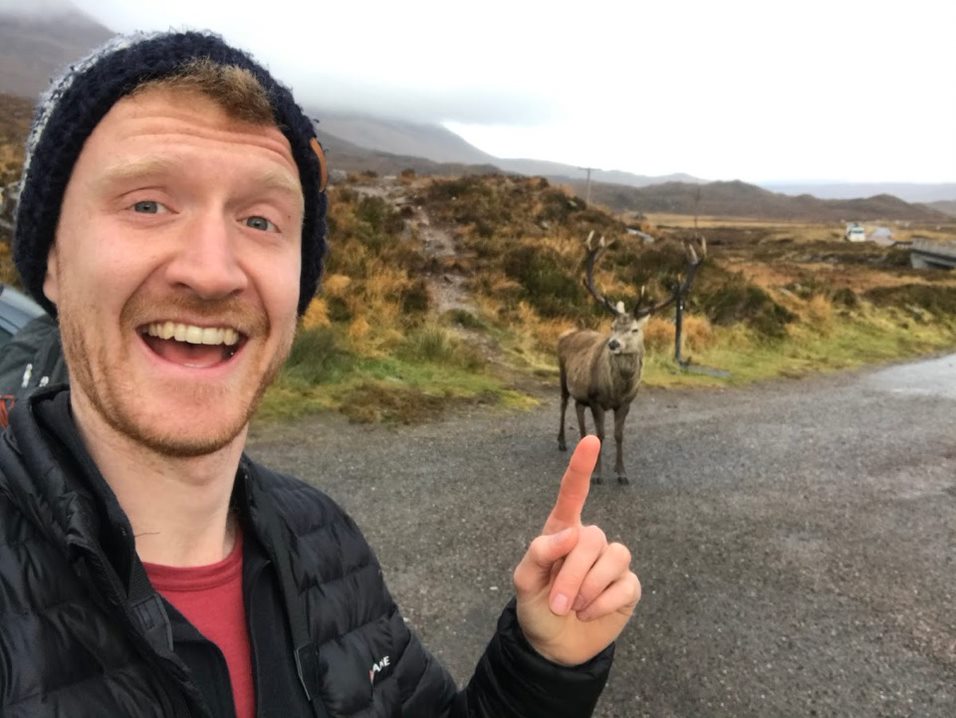 What was your dream career when you were younger?

I don’t think I ever actually knew. I liked the idea of being outdoors and on my feet all day so perhaps an outdoors activities instructor.

What subjects did you study at school?

Who or what has been your biggest inspiration?

My brother and sister, they showed me that if you apply yourself and work hard you will be rewarded fivefold for your efforts.

How have the subjects you studied at school helped you in your career?

I enjoyed maths and physics in school so decided to study engineering which is an applied mix of both subjects. I would say that continuing both maths and physics to at least SQA Higher level made the transition to studying engineering easier for me because a lot of the work in my first university year was repetition of school work. Continuing with English to SQA Higher level was very worthwhile because it gave me a foundation for writing clear and concise technical reports at university and now professional work. P.E did not help me in my career, but it did give a welcome break to my other book heavy school subjects. Whatever you study in school or university I cannot underestimate the importance of taking breaks (exercise or whatever else) so your brain has time to recharge.

I left school in summer 2012 and started my degree in mechanical engineering in September 2012. I graduated from Edinburgh University in summer 2017 and then took a break for six months because after nonstop studying throughout school and university I was a bit fried. In March 2018 I secured a role as an assurance engineer with Frazer-Nash consultancy, but I quickly realised the job was not right for me so I applied to the Howden graduate scheme. In August 2018 I started with Howden as a graduate engineer and I have been there since then. During my time with Howden I have completed office based technical work on fans, spent a summer repairing fans and heaters at Drax power station, lived in Germany whilst working on a project, and much more.

What skills do you utilise most in your career?

Problem solving and organisation. Engineering regardless of its appearance is fundamentally problem solving. If you like finding solutions to problems then you’ll probably get along with engineering. It sounds nerdy but I always got a kick out of solving difficult maths problems in school! Organisation is another skill I find incredibly useful, if you stay organised and ahead of the game then you discover things that might trip you up before they get you.

What advice would you give to any young people considering a STEM career?

Firstly, if you’re interested in a STEM career for whatever reason don’t let people put you off. In school environments studying STEM subjects can be considered uncool, but when you’re standing on a power station watching a 25 tonne fan impeller the size of a house, fire up to twice the speed of a formula 1 car, I can guarantee it is very cool. Secondly, don’t think you can’t have a STEM career if you take longer to find solutions to problems than other people. More often than not the fastest solution to a problem is not the best solution, if you take a bit more time but deliver the best solution then that is a good thing. Best of luck in your future STEM career!