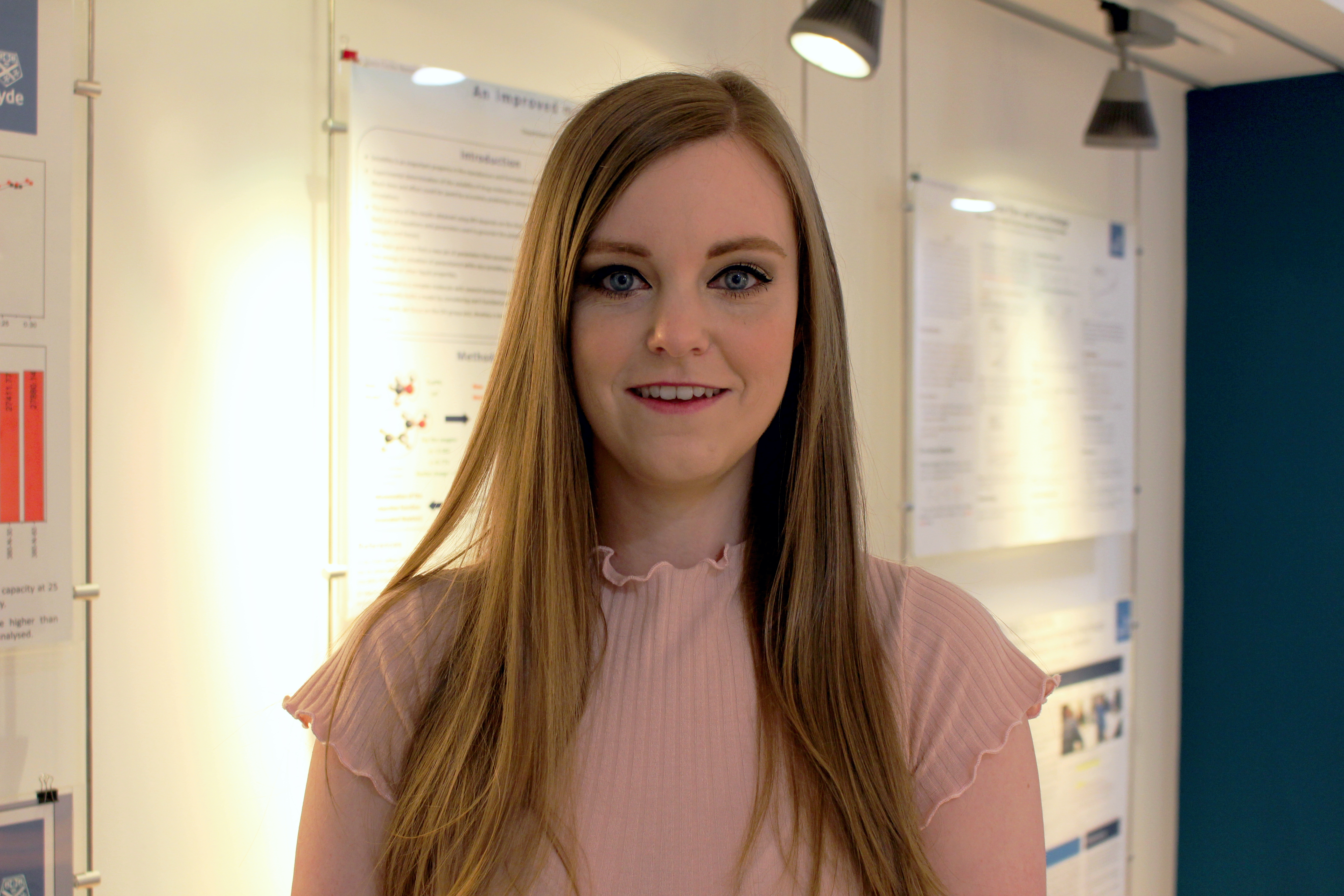 What was your dream career when you were younger?

What subjects did you study at school?

Who or what has been your biggest inspiration?

I was the first person in my family to go to University so that inspired me to do my best and make my family proud.

How have the subjects you studied at school helped you in your career?

I always wanted to do a science related job, so studying all three sciences at school helped me a lot, as it kept my options open as to which course I could apply for at University. Although my grades were mixture of A’s, B’s and C’s I was still able to get a place at University and apply the subjects I learned at school to my degree. Throughout my STEM journey I continued to use the STEM subjects in my role as Marketing and Recruitment Coordinator for the Department of Chemical & Process Engineering at the University of Strathclyde. I’m able to translate complex scientific topics to different audiences with different levels of understanding and do that I need to understand the fundamental science involved. I am able to talk to a class of school pupils about the research being undertaken within the Chemical Engineering field.

After leaving school in 2005 I was accepted for a 5 year integrated Master of Science (MSci) course in Forensic & Analytical Chemistry at the University of Strathclyde. The course was challenging but I was able to apply a lot of the previously learned advanced higher maths and higher chemistry to the coursework. There were lots of practical labs which I enjoyed the most and I also had the opportunity to choose elective classes such as ‘how things work’ and ‘biochemistry’. In the fourth year of the course there was an industrial placement year, where I was interviewed by potential employers and was offered a year’s paid industrial placement at a company called Almac Sciences, based in East Lothian. I moved to Edinburgh and had the opportunity to experience living in a different city. Other students on my course went further afield to places like the Netherlands or France. During my placement I was part of a team making biological molecules using synthetic chemistry techniques, which were then analysed to show how pure the product was before being sent to the customer. In the final and fifth year of the course I returned to study a number of more advanced classes as well the final year Masters project, which was based on a similar topic to my industrial placement. I graduated in 2010 with a 2.1 and was offered a funded PhD in the Department of Chemical &Process Engineering for a project which followed on the work I’d started in my master’s project. A PhD is a research degree where you are given a project/topic that no-one has ever studied before and your goal is to find out new information and publish the findings for others to learn from. My project was to make and propel tiny nano-sized particles or rockets through a liquid using the same biochemistry I’d studied in my master’s project. During the PhD I had the opportunity to travel to conferences and present my work in Cambridge, Manchester and Dallas, Texas. I made lots of lifelong friends with other PhD students from all over the world including Portugal and China. I was lucky to be supervised by Dr Mark Haw who introduced me to ‘public engagement’ which involves talking to and involving people in research using fun hands-on experiments. I realised that I enjoyed telling people about my research, and that led to a shift in my career path.

During my PhD I was involved in starting up a public engagement group called ReallySmallScience. The group was made up of other student volunteers who go to schools and festivals and deliver experiments and workshops to inspire people to get involved in STEM. After I graduated from my PhD in 2015 I was employed by the Department of Chemical & Process Engineering to continue to run the ReallySmallScience Group.

I worked part time as Outreach Assistant and had various other roles in the same Department including Postgraduate Research Coordinator and Lab Technician. Through these roles I gained valuable administration, technical and teaching skills. I then secured a full time role as Marketing & Recruitment Coordinator in 2016 in the same Department. This role involves managing the ReallySmallScience group and the Young Chemical Ambassador Programme for local pupils to be paired up with Chemical Engineering Mentors. I also manage all of the social media accounts and website for the Department and organise lots of events such as open days for pupils interested in chemical engineering, as well as summer schools for international students to attend and visit the University. In general, I’m responsible for raising awareness for the Chemical Engineering Department but also the topic of Chemical Engineering in general to help recruit the right students for our courses.

My STEM journey is an example that with a strong STEM base your journey isn’t set in stone when you choose a course to study after school. I started out doing a Forensic Chemistry degree, then changed direction slightly to do a Chemical Engineering PhD and now I’m doing Marketing and Recruitment! Your STEM journey doesn’t need to follow a straight path – by gaining lots of useful STEM skills you will be equipped to steer your STEM journey in lots of different (and sometimes unexpected) directions.